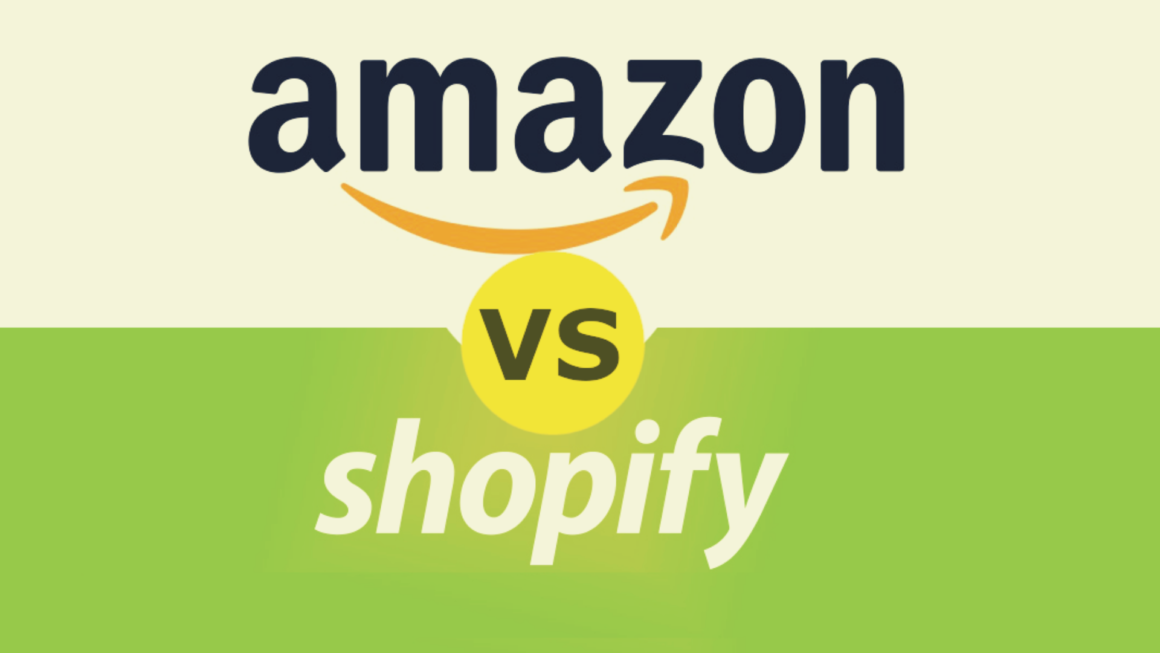 Amazon vs Shopify- How Shopify Is Powering Small Business eCommerce

Amazon’s near-monopoly in eCommerce has troubled small businesses for years. With the coronavirus forcing countless merchants to move online, small retailers’ battle with Amazon has become more prominent than ever. Amid this, Shopify has emerged as an effective weapon powering small and medium enterprises worldwide. And this Amazon vs Shopify faceoff is prompting new dynamics in digital commerce.

Before the rise of Shopify, small and medium sellers had to choose from either of the two paths: list products on marketplaces like Amazon or sell directly to customers. Opting for the latter meant fewer sales. Besides, merchants had to rely on advertising and word of mouth. But that changed with the emergence of Shopify. With Shopify, small businesses are now striking back at Amazon and other eCommerce giants, The Wall Street Journal reported. Let’s dive deeper to understand the now-global Amazon vs Shopify battle.

eCommerce platforms like Shopify, Magento, and BigCommerce are increasingly powering small retailers to cope with the evolving market. Services like Shopify app development not just enable you to have your own eCommerce site, but also list products on top marketplaces. More importantly, it allows you to sell goods across the web, mobile app, and social media platforms – together called omnichannel commerce.

Choosing one of these platforms brings a swarm of operational advantages. Platforms like Shopify give you access to cloud-based third-party services like payment and fulfillment. It means more control over your branding and customer relationship management capabilities than marketplaces like Amazon.

Shopify-powered online stores have now created formidable competition for the likes of Amazon. Merchants are getting more leverage while dealing with eCommerce giants. They just need to hire professionals like Shopify developers and build customized online stores. Small businesses’ competition with Amazon has intensified to a level at which the giant is now offering its own service for building stores outside its marketplace.

As the global wave of lockdowns disrupted businesses, more merchants were opening online stores and selling goods and services to stay afloat. This sudden surge in demands for eCommerce solutions has brought a new stream of small and medium businesses to the Shopify platform. Services ranging from store design to Shopify theme customization and maintenance are seeing significant demands.

According to eCommerce analysts, most of Shopify’s more than one million customers are first-time entrepreneurs. And it’s a wider global trend. For instance, in the U.S., new business applications hit the highest level on record last year, according to the research organization Economic Innovation Group. Interestingly, retail trade was the most active sector with a 54% surge in new business formation. That has also been a leading driving factor for the rise in demands for custom eCommerce solutions across industries.

Global eCommerce spending grew 44% in 2020 compared with 2019. It was three times faster than the annual average growth rate over the past decade, according to data from Digital Commerce 360. While more and more small businesses moved online, the year was particularly good for Amazon. The eCommerce goliath grew from roughly 36% of all eCommerce spending in the U.S. in 2019 to 38% in the pandemic year.

While much of the Commerce growth is due to other retail companies expanding their eCommerce spending, it is also due to small businesses joining the eCommerce race. From Shopify app development to creating social media commerce, small retailers are finding new ways to sell goods online.

The 14-year-old eCommerce platform has become by far the largest provider of software and services to retailers who set up their own online stores. Shopify’s revenue saw a staggering 86% growth in 2020., reaching $2.9 billion.

Shopify now has more than 1.7 million sellers using its eCommerce platform. It offers hosted eCommerce services, including payment gateways and tech support, among others. Besides, you could hire Shopify developers from third-party vendors and build personalized Shopify stores.

In the pandemic year, Shopify-based merchants sold $119.6 billion in goods. It’s a whopping 40% of the total value of merchandise sold on Amazon’s third-party marketplace. The most popular offering from Shopify is a cloud-based eCommerce service that enables merchants to quickly build and operate an online store. It comprises an array of solutions, like Shopify app development and payment gateways.

Over the years, Shopify has remarkably expanded its services to make eCommerce operations easier for small businesses. These newly added areas include fulfillment, warehousing, and even small business loans.  In a stark development, in the Black Friday sales last year, total sales of Shopify’s merchants surpassed the total sales of all Amazon marketplaces in the U.S.

Shopify charges users a monthly fee between $30 and $2000. You could choose from pricing plans like Basic Shopify and Advanced Shopify. Depending on which plan you choose, the platform charges an additional 0.5% to 2% of each transaction if you use payment gateways other than Shopify’s own.

By now you must have gotten a clear picture of why this Amazon vs Shopify battle is growing. An increasing number of small and medium businesses joining the Shopify-powered eCommerce space. And it’s obvious to make Amazon feel the risks of losing dominance. But, as the trends suggest, Shopify will likely grow more. But experts suggest, get the best of Shopify, you need a fully personalized online store, instead of relying on the default configurations. That’s where the role of custom eCommerce solutions providers like OrangeMantra comes into play.

For more than two decades now, we have helped hundreds of small and medium enterprises run incredibly profitable eCommerce solutions. Our extraordinarily tailor-made Shopify online stores helped businesses around the world mitigate disruptions caused by the coronavirus. Follow our blogs and social media handles to stay updated about everything eCommerce.

Which platform will make my business more profitable, Amazon, or Shopify?

There’s no predefined way of telling whether Shopify or Amazon will make your business more profitable. However, if you run a small or medium business, Shopify will likely benefit you more by providing your online store. Shopify also enables you to create your own brand identity.

How much does it cost to develop a Shopify online store?

The costs of building a Shopify online store vary widely according to your requirements. If you need a simple website with basic features and a storefront, costs are comparatively lower. OrangeMantra offers reliable Shopify eCommerce solutions at a competitive price.

How long does it take to develop a Shopify online store?

Want to build a deeply customized online store for your small/medium enterprise?

Shopify Pricing Plan Guide 2022 – Everything You Need to Know