Struggling to choose between Symfony vs Laravel PHP Frameworks? We can help you decide which one is better for your project. Here’s a head-to-head comparison of the Laravel vs Symfony framework that you can use to select the best-suited platform for your website and application project.

Laravel vs Symfony – Two of the Best PHP Frameworks Compared

When it comes to building enterprise-grade web applications, PHP developers often prefer to use a development framework. Using a framework in application development makes it much easier for you to handle things with minimal coding. PHP-based frameworks also have coding standards that recommend the best coding style, practices, and methodologies. Since a framework is a solid foundation for your project, you need to choose a framework wisely. When it comes to choosing the right framework for your project, you may be overwhelmed to find a wide range of options available in the PHP framework marketplace, including Laravel, Symfony, Zend Framework, CakePHP, CodeIgniter, Slim Framework, Phalcon, Yii, Silex, Kohana, li3, PHPixie, Nette, FuelPHP, Fat Free Framework, PRADO, PureMVC, Aura, Nova Framework (formerly Simple MVC Framework) and Flight. Here, we will compare the two best PHP frameworks – Laravel vs Symfony. We will dig deeper into each framework to see what both frameworks bring to the table and ultimately help you choose the one that best fits your project. 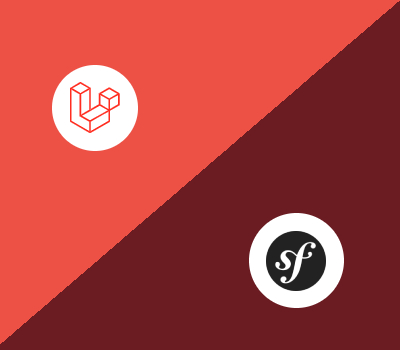 Laravel vs Symfony – A Quick Overview

Created by Taylor Otwell, the Laravel PHP framework was first rolled out in June 2011 as a better alternative to CodeIgniter. Later the framework developed into a fully qualified MVC framework. Over a decade, the PHP framework evolved with out-of-the-box core features such as Eloquent ORM, Artisan, Blade, LTS, Scheduler, Bundles, Dusk, dependency manager Composer, and more.

The latest stable Laravel version 8.3.0 which was released on September 15, 2020, comes with new features like Tailwind CSS for pagination views, Laravel Jetstream, model factory classes, migration squashing, and other usability enhancements. Laravel’s advanced features and a flourishing ecosystem are what make Lararvel the best PHP framework for enterprises, especially for web artisans. The Laravel PHP framework is open-source software licensed under the MIT license.

Being a PHP-based, MVC framework, Laravel attempts to facilitate faster development and reduce complexities by easing common tasks used in most web projects, such as authentication, routing, sessions, and caching. Laravel aims at making the software development process a pleasing experience for the developers without compromising the application’s functionality. If you’re well-versed with Core PHP and Advanced PHP, Laravel will be much easier for you.

The Symfony PHP framework is officially sponsored by SensioLabs, a French software developer and service provider. The name Symfony is a trademark of its original author Fabien Potencier. Symfony software is released under the MIT license.

Symfony is a set of reusable PHP components, a PHP Web Application framework, a Philosophy, and a Community that work together in harmony to develop web projects. However, it is not a true MVC framework like Laravel.

The Symfony community is an active group of more than 300,000 developers from over 120 countries. Their original forum is now read-only and the current forum is one StackOverflow having more than 50,000 Symfony-based questions.

Symfony’s components are also used in other well-established, active projects including Magento, Drupal, Joomla!, PrestaShop, and obviously Laravel. Over the years, Symfony has developed into a more reliable and rich framework, mainly used for large complex enterprise projects.

Symfony versus Laravel – Pros and Cons

Want to Discuss Your Web Application Project with Us?

*Note: Laravel requires Composer and not all hosts can support that.

The easiest way to install Laravel is via Composer, by first downloading Laravel,

and then by installing a new Laravel using this Composer command:

There are several ways to install Symfony. Some are global and some are intended for development purposes. We will show here the simplest way, which is also an installation via Composer:

You need to then answer a few questions, which finally creates a new install of Symfony in a directory called symfony.

For both Symfony and Laravel, the term ‘install’ means a set of directories that are not meant to be public. Once the system is installed, you need to set your webroot to be symfony/web/ for our Symfony example and blog/public for our Laravel example. 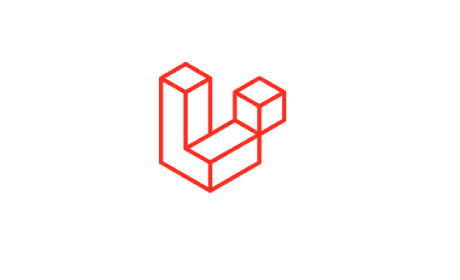 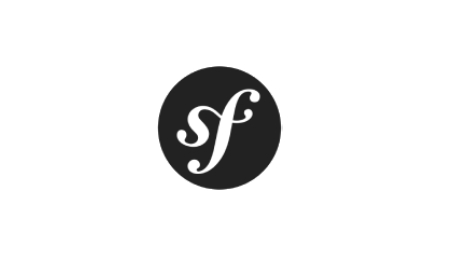 Symfony uses Twig, developed by Fabien Potencier himself. With Twig, you can write concise, readable templates that are more web designer-friendly and more powerful than PHP templates in many ways.

Here also, you are not stuck. Twig can be used in Laravel via the TwigBridge project that allows you to use Twig seamlessly in Laravel 5.

So, when it comes to Laravel vs Symfony, the choice of Twig vs Blade for many developers comes down to two points. One, you can use regular old PHP code in Blade. Some developers love that as it is easy while others claim that it encourages developers to mix business logic with the presentation. Twig, on the other hand, resolves all these issues. Twig also resolves the issue of portability as it is used in other projects as well which is its major advantage. And, this is why companies prefer using Symfony development services over Laravel development services.

Both Laravel and Symfony support internationalization or translations. While Laravel offers localization features, Symfony has a translator configuration option.

However, the main difference between Symfony vs Laravel is that Laravel uses PHP and JSON files to store localization data whereas Symfony supports a variety of translation formats including PHP, Qt, .po, .mo, JSON, CSV, INI, etc.. It also supports more standardized formats such as XLIFF and gettext. 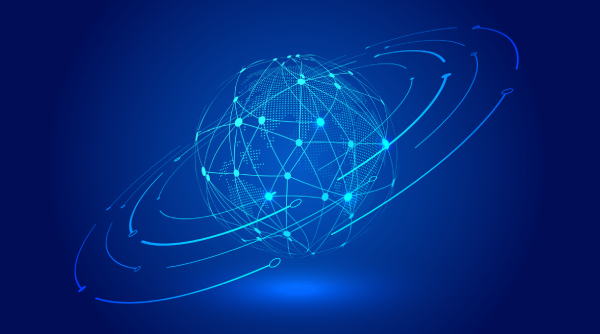 While the routing system of Laravel works in simple PHP, the Symfony Routing system allows you to define routing in annotation format or XML, YAML, or PHP. This is another main difference between Laravel vs Symfony as both projects have their own set of advanced features that cover most use cases.

Scaffolding refers to making a tool automatically generate the basic code to CRUD (create, read, update and delete) from your database for you and treating the templates as a “scaffold” on which you’ll be developing the application.

The Laravel PHP framework does not natively have a scaffolding tool, however, several tools can be integrated into Laravel to achieve this, for example, Yeoman via the generator-laravel package, InfyOm Laravel Generator, or the Scaffold generator for Laravel 5.x.

Symfony, on the other hand, comes with a bundle called SensioGeneratorBundle which gives commands for scaffolding bundles, controllers, forms, and CRUD-based backends. You can even use the generator-symfony package or the generator-sf package that uses Yeoman for scaffolding out a Symfony PHP application such as Browsersync, Browserify, jspm, webpack, various CSS preprocessors, and Service Worker.

Symfony vs Laravel – Performance and Scalability

While Laravel comes with a set of unified APIs for caching views, Symfony caches views and source code by default. This is why Symfony has a longer website loading time.

The Laravel PHP framework is based upon Symfony Components. Also, Laravel allows you to do PHP programming with minimal coding and higher performance. If you’re planning to build a web application for business purposes, then you should consider reaching out to one of the best Laravel development companies as the framework works best for projects that need faster delivery with fewer resources.

Conversely, Symfony needs more time, coding effort, and financial resources in the initial stage of your projects. The framework also requires a lot of work for configuring its elements. However, Symfony is ideal for a complex web project because its custom functionality works well with your project requirements. If you have a complex web application project, we recommend going with Symfony development services.

With ORM-supported databases, both Laravel and Symfony make it easier to process and manipulate data.

Symfony offers a few more options for database support including:

Laravel, on the other hand, supports only a few of them:

Considering these options, we see that Symfony supports more databases than Laravel which makes data manipulation and management much simpler. So, Symfony is the clear winner in this round.

However, Laravel’s functionality helps you to avoid huge and large code blocks. This also saves a lot of time and effort on the web application project. Laravel offers many tools that make common tasks easier and automates functions like authentication, sessions, queuing, caching, and routing.

You can find various useful tutorials and resources online for Laravel in the Laravel documentation, Laracasts discussion forum, Codebright, Treehouse, and Sitepoint. The Laravel Github docs are also very extensive and offer excellent information, unlike Symfony. You can also find Symfony documentation that covers more topics on bundles, service containers, components, and other sets of features.

Symfony is also supported by a large community of over 600,000 developers and contributors from more than 120 countries that helps resolve issues, fix bugs, and identify coding errors. This PHP-based framework is also popular amongst web developers. Symfony provides comprehensive documentation even though the resources are not as extensive as those for Laravel.

Symfony or Laravel – Which PHP Framework is Ideal for Your Web Application Project?

Considering all the above-mentioned points, it’s clear that both Laravel and Symfony offer a rich feature set. Both frameworks are ideal for a wide range of web development projects.

What are the main advantages of the Laravel PHP Framework?

he Laravel PHP framework has many advantages. Some of its advantages are

What are the main advantages of the Symfony PHP Framework?

The Symfony PHP framework enables developers to work quickly and efficiently. It provides a wide array of reusable components for various purposes. Twig, the Templating engine in Laravel is loved by many programmers. Symfony allows you to debug the network, has a massive community, and plug-in packages. Developers love Symfony because it is user-friendly.

If you’re looking for high-quality Laravel development services, reach out to our Symfony experts at Orange Mantra.

What are the other PHP frameworks available in the market?

Besides Laravel and Symfony, there are several other PHP frameworks including Codeigniter, Zend Framework, Phalcon, FuelPHP, CakePHP, Yii, PHpixie, and Slim.

Got More Questions Related to Laravel or Symfony PHP Framework? We Are Here to Answer All Your Questions.

Still Can’t Decide Which PHP Framework is Right for Your Project? We Can Help You Decide