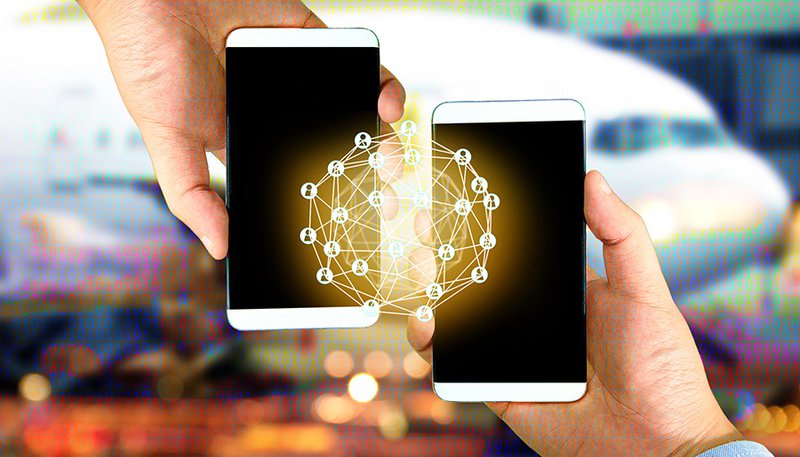 Blockchain Technology Will Rewrite The Future Of Mobile App Development

The inclination towards adoption of innovative technologies has been increasing with the passage of time. It is so because businesses need to embrace them to stay in the race. Blockchain, the technology that maintains a distributed digital ledger for recording transactions in a decentralized database, is one of these ground-breaking innovations. The distributed database comprises of a number of blocks, each containing a timestamp and cryptographic link which connects it with the previous one to form a chain. The entire database is visible to all users on the chain but cannot be updated by any one of them. Additionally, the peer-to-peer payment architecture and absence of middlemen make Blockchain secure and transparent.

Even though most of us are tempted to associate Blockchain with cryptocurrency, the technology has contributed significantly to industries such as banking, insurance, healthcare, and real estate, to mention just a few. Essentially, blockchain plays a key role in securely tracking transactions, which is something that every industry would need to do at some point in time. Now whether the technology has the potential to influence the mobile app development space is another question to ponder over. Let us see how app developers can reap the benefits of this futuristic technology in the coming time by implementing it in the apps they create.

Digital Wallets For Cryptocurrency Transactions
The recent cryptocurrency boom has brought huge popularity for digital wallet apps. Surprisingly, the number has risen from 9.2 million last year to 17.5 million this year. Seeing this trend, mobile app developers can expect a massive increase in the demand for cryptocurrency-based digital wallets in the coming time. They will have to rely on the Blockchain technology to ensure that these transactions are carried out securely.

Digital Identity
Each of the participating nodes on the Blockchain has a unique identity. This feature can be leveraged by the users to create a digital identity by registering their personal information on the Blockchain network privately or publically. The Blockchain- based digital identity is robust and reliable. It can be used for personal identification in banks, insurance, government organizations, and educational institutions. This is another use case of this technology for app developers who can create digital ID management apps for banks, insurance companies, and other organizations.

Smart Contract Systems
Since the blocks are capable of recording ownership, timestamp, and values, they can be used as the basis of smart contract systems. The possibility of data manipulation on the network is negligible because of its peer-to-peer architecture, which supports the concept of smart contracts between businesses and their customers. As mobile applications will be developed to facilitate validation of transactions between parties, smart contracts will become highly secure and cost-effective in comparison to the real-world legal procedures.

Conclusion
The Blockchain technology is going to serve the app developers as a futuristic tool that is capable of taking their apps to the next level. The Blockchain-based apps can drive innovation for the business processes and at the same time, enhance security, efficiency, and transparency for the customers. However, being a complex technology, it requires skill and expertise to have it integrated into your business apps.

At OrangeMantra, we bring innovation for businesses looking to jump on the Blockchain bandwagon with a futuristic mobile app. Let’s discuss something fruitful on this subject. Would you like to come in contact with our Blockchain app development team? Contact us at sales@orangemantra.com

Bring More Converts to Your Ecommerce Store through Blogging

How to Hire ReactJS Developers Through the IT Staff Augmentation Model
How do you want us to help transform
your business?
Tell us your requirements
What do you aspire to become as a
tech professional?
Explore career opportunities