Drupal 9 Upgrade: 5 Facts That You Need To Know 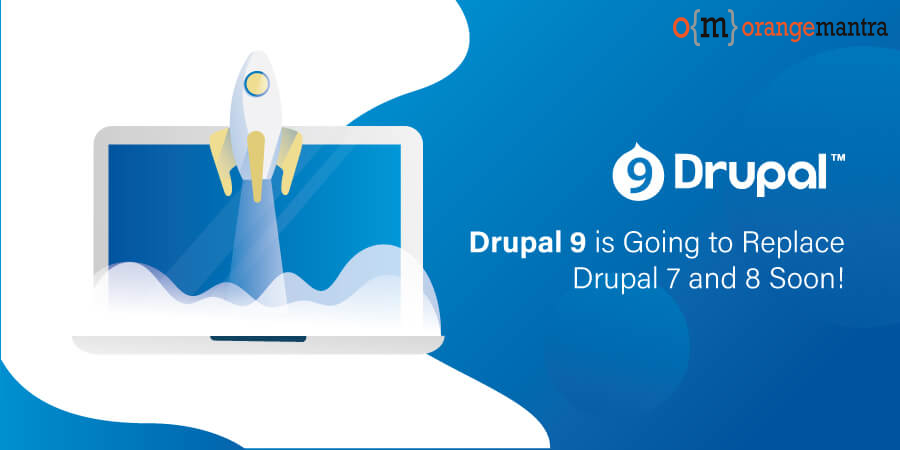 Drupal is a well acclaimed web development platform that has earned trust and credibility for giving the best to the users. Regular upgrades is something that has been a part of its evolution. Taking the commitment for improving itself further, the next upgrade has been announced, with Drupal 9 all set to be launched in June 2020. At the same time, it has also been declared that November 2021 the deadline for end-of-life (EOL) of Drupal 7 and 8 versions. So if you are already using this platform, Drupal upgrade is impending sooner rather than later. But before you opt for the same, there are some facts that you need to know to make the transition smooth and seamless. Let us list them for you.

Drupal 9 is more about code cleanup rather than just more features
Surprisingly, the new version will have almost the same features as Drupal 8, except for ones related to the updated dependencies. Drupal 9 is more about code cleanup. The idea behind this concept is that the minor releases that come every six months causes acceleration in the number of new features added with every release, which leads to code deprecation. The release of this new version brings the opportunity for the removal of the deprecated code as well as everything redundant. Further, the release also relates to third-party dependencies. It will support versions like Twig 2 and Symfony 4/5, which will probably be there for a long time to come.

There are good reasons why support for Drupal 7 and 8 is ending
Considering the fact that Drupal 8.8 is lined up for release in December 2019 and there will also be 8.9 in 2020, the release of the next version might appear to be too early. Moreover, Drupal 9 will have the same features and only the deprecated code will be removed. Still, there are some good reasons for the EOL of the last versions. Drupal 8 has dependency on Symfony 3, which will be reaching its EOL in November 2021. This implies that support will not be available for fixing any bugs in Symfony 3 after this date. As a result, there will be threat to Drupal 7 and 8 sites as well, thus justifying their EOL date.

Upgrading to Drupal 8 to 9 is easy
The good news is that Drupal 9 upgrade for sites running on the previous version is going to be easy, as easy as moving over from one minor release to another. In fact, it is radically easier than the upgrade from 7 to 8 version. The only factor that you need to prioritize is that the deprecated code has to be managed well enough. Ideally, if you keep the Drupal 8 site up to date, you are good to go. If the site is not using deprecated code scheduled for removal in the new version, upgrading will be a breeze.

It is easy to identify deprecated code on the current site
Since upgrading will be all about removal of the deprecated code from the site running on the current version, identification of such code is the first step you need to take. There are certain tools that can help, though the best approach would be to hire Drupal developer to handle it for you. Drupal-check is a tool that is available right now while the 8.8 release will offer a module called Drupal 9 Readiness for this purpose. This GUI-based tools will help developers and users to determine how they can get their site ready for the upgrade.

Conclusion
Both, the release of Drupal 9 and EOL of the preceding versions are big events for the platform. As there is still some time left to the EOL while the next launch comes earlier by a year and a half, organizations can come up with a road map as a part of their long-term strategy. Planning greatly depends on the individual circumstances, whether you are currently on Drupal 7 or 8 and if your would jump directly from D7 to D9 or follow a more clear path from D7 to D8 and subsequently D9.

Collaborating with a Drupal development company is the best way to come up with a strategy and implement it as well. Based on your requirements, they can guide you about the most feasible approach and put it into action as well. If you are looking for the right technology partner to assure a seamless upgrade for your site, OrangeMantra is a name you can trust. We have a team of seasoned Drupal developers who cab handhold you through the transition and make it a successful one. Contact us and we will come up with the right solution for your business.

7 Top Web Design Trends for Making Your Mark in 2021

10 Reasons Why Laravel Framework Is Just Right For Web Development