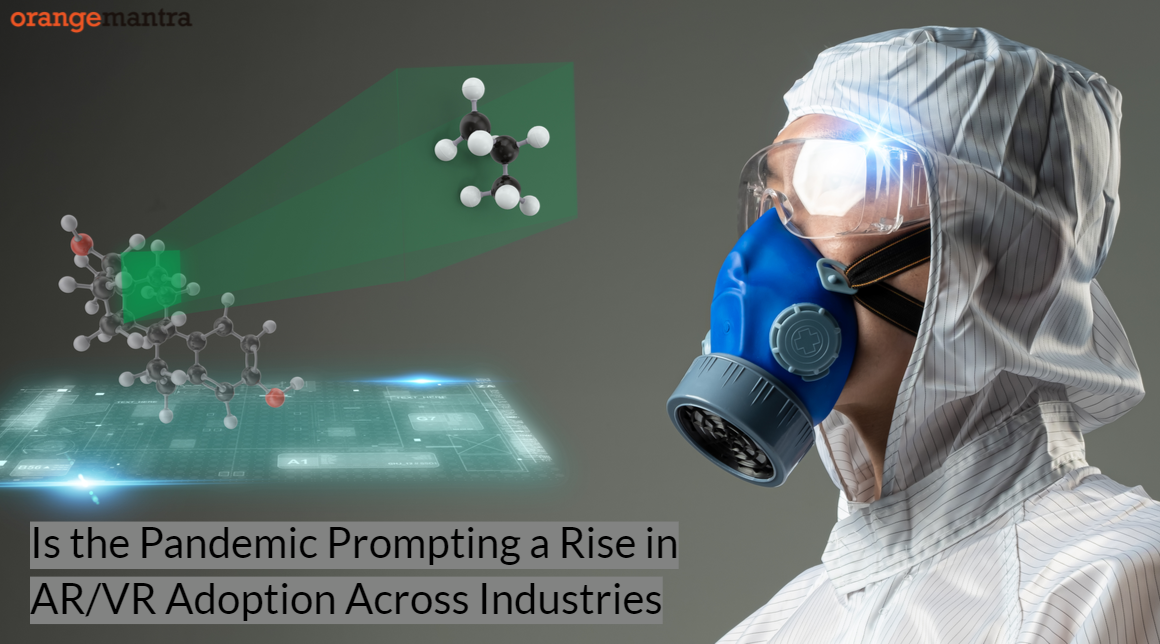 Our daily life remains far from the pre-pandemic norm. Since most of us are still stuck at home or spending very limited outdoor time, technology is our only hope. The pandemic has sped up the development of numerous consumer-facing technologies. AR/VR is no exception. From retail to entertainment and gaming, the world of AR and VR seems to expand at an unpreceded speed. Be it product visualization, virtual trials of clothing, or augmented gaming experience, reality technologies are seeing a boom.

A growing number of fashion retailers, brands, and big tech companies have already started to release VR- and AR-enabled solutions. These are either aimed at giving customers in-person shopping-like experiences or enhancing entertainment. According to a report from the International Data Corp., retailers were forecast to spend over $1.5 on developing various AR and VR technologies, such as virtual reality app development, by the end of 2020. Tech giants like Apple and Microsoft are investing heavily in AR and VR amid the virus outbreak.

Virtual reality offers businesses novel ways of enhancing customer experience. Consumer electronic technology brands like Sony, Samsung, and Google have bet big in the VR technology market. From upgrading devices with VR technology to virtual reality app development, companies are pulling out all the stops to stay ahead.

Until now, gaming and entertainment have been the most popular areas for VR adoption. But that’s rapidly changing now. A diverse range of consumer goods brands and tech companies are trying to capitalize on the captivating technology. The applications of virtual reality are impressively diverse and useful. These include simple daily needs like interactive gaming to treating people with psychological disorders, and beyond.

The entertainment industry, like so many other sectors, has been hit hard by the virus. Some producers and directors in the industry are trying to leverage VR to stay afloat. For instance, the UK-based Mosley Studio used VR to premiere its latest action thriller film “The Ascent.” This is believed to be the first film premiere inside virtual reality, according to the Variety magazine. The makers of the film used the AltspaceVR with an Oculus headset to premiere the film.

The adoption of augmented reality remains concentrated in gaming and entertainment. And it’s relevant in terms of the evolution of the technology. AR and VR originated in videogames. AR has become inexplicably popular cult games like Pokémon Go. Augmented reality makes gaming more immersive. The gamers can have an experience of participating in a real game. AR uses computer-generated objects and deploys them in real life to create an immersive experience for users. Game development companies are increasingly using AR in areas like gaming app development, and game enhancement.

AR-enabled gaming has helped the gaming industry. Since augmented reality makes games more attractive, game developers are likely to get more new customers buying or downloading the games. AR is now swiftly expanding its horizon to the entertainment world. From music to television, AR adoption is seeing a surge among entertainers and consumers alike. As entertainment options like eSports become more popular in a virus-ravaged world, AR is likely to grow more.

AR-enabled apps have found their way into other industries besides gaming and entertainment. Sports, healthcare, and education are some of the major industries that are adopting AR-based solutions. The applications being used by these industries are either marker-based or location-based.

Marker-based applications rely on technologies like image recognition. The apps use black and white markers for showing AR content. After recognizing the marker, the app overlays the digital data and displays the augmented objects. Location-based AR apps, whereas don’t need any markers. The user’s exact position is placed in a way that helps the sensors to overlay AR on physical objects. Pokémon Go is one of the best-known examples of location-based AR.

From retail to entertainment, the business landscape is changing for every sector amid the pandemic. AR and VR have further given an impetus to industries in terms of innovation and better customer experience. As consumers look more immersive experiences during their home stuck lives, brands and tech giants are scaling up AR/VR development. This trend has already driven faster innovation and development in the tech sector. The post-pandemic business world is likely to be dominated by these trends.

Being a leading mobile app development company, we, at OrangeMantra have long explored the unique innovation opportunities offered by AR and VR. We can incorporate these experience-focused technologies to customized apps built for your business. With an award-winning app development team in place, we know how to make your business more customer centric. Reach out to us if you’re looking for digital transformation consulting or app development services.

Q. What is a virtual reality (VR) app?
A virtual reality app uses the power of VR technology to create immersive experiences for the user. Fashion retailers, entertainment companies, and education services are using VR apps to enhance the customer experience.

Q. Why virtual reality is important for businesses?
Virtual Reality creates an artificial, engaging environment. The experience can captivate audiences in a way that encourages them to accept and believe it as a real environment. An enhanced and real-like experience could help to increase conversions and sales.

Q. What is an augmented reality (AR) app?
AR apps use computer-generated objects and deploy them in real life to create an immersive experience for users. Pokemon Go is a popular example of an AR app.

Q. How much does it cost to build a VR app?
The costs of developing a VR app depend on several factors. Features of the app, its specific usages, and development time, etc. play an important role in calculating the costs. OrangeMantra develops flawless VR apps at a competitive price.

IoT & Chatbot Development Trends, Their Impact on Your Business

Coronavirus Outbreak – How Technology Can Help Us Fight the Epidemic