How IoT Is Opening New Frontiers For App Development 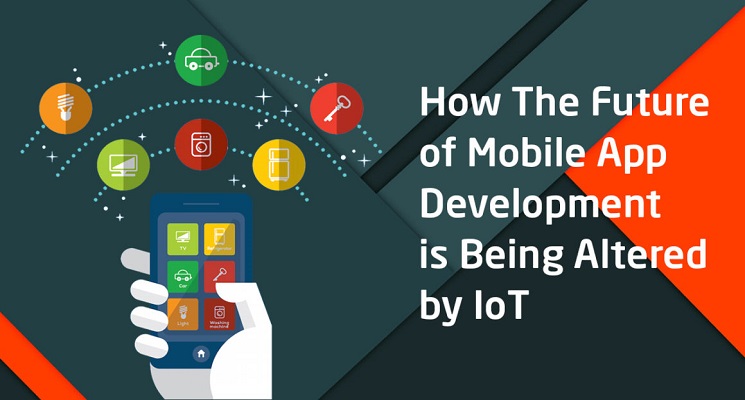 The Internet of Things (IoT) is fast emerging as one of the most popular technologies on the business landscape today. Beyond home automation for which it was initially used, the smart technology has made inroads into business operations as well. Known for the remarkable impact on enterprise mobility, industrial operations, and marketing operations, IoT has come a long way and is now being embraced for app development as well. And this does not come as a surprise, considering the unmatched potential that the technology has. Before delving deeper into how IoT is poised to mark a new beginning for developers, let us know the technology better.

Internet of Things: A game changer for consumers, businesses and developers alike

Regarded as one of the innovations of the century, IoT is essentially a huge network of interconnected objects that are uniquely addressable and can communicate with each other via a standard communication protocol. IoT is not a single technology but rather a cluster of many technologies such as sensors, micro-controllers, actuators, GPS (Global Positioning System), radio frequency identifiers (RFID), internet protocols, etc. that are integrated into the applications.

With so much that it covers, IoT can be leveraged to create superlative experiences for the consumers. These experiences can empower the selling strategies of businesses as well. Additionally, they can be used in applications that streamline business operations and processes. However, the benefits of IoT extend to app developers as well because they too can leverage it for enhancing the apps they create. However, these solution providers may face some challenges owing to the complexity of this technology.

IoT and Web Development- How this technology can drive a change?

The technology of IoT has become mainstream today, with consumers experiencing it in the form of smart devices and apps. Beyond the consumer space, it is also one of the emerging technologies that are influencing the enterprise mobility space. Similarly, IoT is also reshaping the future of app development. Let us understand how the technology is opening new frontiers for mobile and web app development.

Support for high data volumes: IoT systems have to handle huge volumes of data, which is collected in real-time from sensors and devices. Such humongous volumes can cause delays in the networks. Furthermore, losing even a bit of data is totally unacceptable. Therefore, scalability and reliability of the system become the prime focus of IoT app development in comparison on the conventional development processes.

Reliable security- The integration between the internet and connected devices makes the apps capable of transferring data in an encrypted form. While developing IOT apps, the developers need to be extra cautious about ensuring strong security of data that will be transferred between devices. Security becomes all the more important for enterprise apps because the critical business data is at stake.

Change in the focus of apps: Another way in which this technology influences app development is in terms of the focus. While the focus was conventionally on creating user-friendly interfaces, it has now shifted to enabling integration between the app and smart devices.

Reduction in human effort: The technology offers the benefit of interactivity between the connected devices by default. This makes it capable of adding amazing features to the apps without investing extra efforts in the development process. Thus, IoT-empowered apps promise better functionalities and experience with the same amount of effort on the behalf of the developers.

Factors that need to be prioritized during IoT app development

The proliferation of IoT marks a new beginning for the businesses that want to empower themselves with innovative applications, which would streamline operations and enhance customer experiences. Hence, they are willing to invest in IoT development even if it means that they need to go an extra mile in terms of effort and expenditure. Before going ahead, it becomes important to know about the factors that need to be prioritized so that you can put your money at the right place. Here are some listed for you.

Intuitive UI: While a robust back-end is a necessity for an IoT app, an intuitive and interactive user interface is equally important. A web designer, therefore, must ensure that design elements are meaningful and support a rational workflow. Additionally, the design should be mobile compatible as well.

Speed measurability: With a traditional app, the requests are analyzed by a web server. Conversely, the data with IOT apps is transmitted to the cloud and the connected devices for the users to communicate efficiently. This is the reason that speed measurability becomes a crucial parameter for them.

Privacy and security: Security remains a key concern for IoT solutions because they are an easy target for hackers. Thus, adopting strict design practices becomes essential to maintain security. At the same time, the developers must ensure that security remains their top priority while creating the app.

Power management: IoT devices are essentially instruments and wireless operations that depend heavily on battery power. A full-fledged power management system is something that developers need to integrate. The best approach would be to create a layout that minimizes excess power usage.

Conclusion
As IoT fast becomes an imperative technology for diverse industry verticals, embracing it does not remain a choice for modern enterprises. In fact, this is an upcoming revolution that every business must be a part of. Doing so is easier said than done, considering the complexity of the technology. The best approach would be to seek the services of an IOT Web Development Company that offers the right expertise and experience. Unless you have an expert hand-holding you through the journey, success will be elusive.

At OrangeMantra, we are a leading digital transformation partner that can help enterprises to embark on this innovative journey. We understand the current architecture of your business and create a road map for seamless adoption of IoT technology. Our rich expertise and diverse experience with IoT-based apps makes a name that you can trust. Connect with us to share your requirements and we will have a perfect solution for your business.