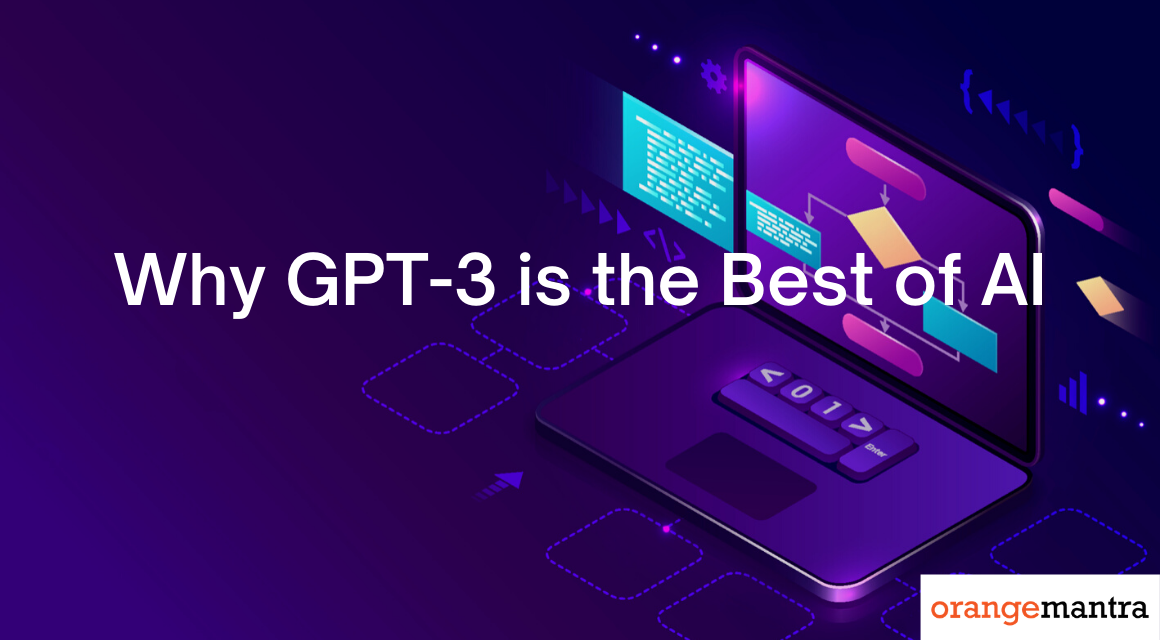 Artificial intelligence is getting more public attention than ever before- for good reasons, mostly. With machine learning algorithms wielding more power over our lives, businesses and consumers alike are now fascinated by AI’s rapid evolution.  Generative pre-trained Transformer 3 is perhaps the most glaring example of AI’s remarkable transformation over the past couple of years. Generative Pre-trained Transformer-3 (GPT-3) is an Artificial intelligence language model that uses deep machine learning to produce human-like text.

Text generation has emerged as one of the biggest trends in machine learning. Tech-driven enterprises and government agencies alike are increasingly relying on AI to generate text. AI-based systems can quickly learn by computing billions of words from the internet. Then it can generate text in response to a variety of prompts.

OpenAI recently announced that more than 300 different apps now use the AI text-generator, The Verge reported. That means tens of thousands of app development services are relying on GPT-3. For instance, Fable Studio is using the framework to create dialogue for VR experiences. The company named Algolia uses GPT-3 to improve its web search products.

How the AI-Language Model Works

As explained by the MIT Technology Review, GPT-3 is a large language model. It’s an algorithm that uses deep machine learning, absorbing text from thousands and books and most of the internet. Using this knowledge, Generative Pre-trained Transformer-3 (GPT-3) strings words and phrases together. When OpenAI launched in 2020, its ability to mimic human-written seemed like a milestone to many AI enthusiasts. It marked a new level of machine intelligence.

GPT-3 can create complex sentences that read as a human has written them. In a test, Generative Pre-trained Transformer-3 generated sentences that include cultural references and other humane elements.

Why AI-Language Systems Are Important

Systems that can use language in this way are crucial for a host of reasons. Language plays a critical role in making sense of the everyday world. Humans use it to communicate, describe concepts, and share ideas and emotions. That means an AI that can understand language would have a better grasp of the world in the process.

Besides, large language models have practical applications too. Using these Artificial Intelligence languages, developers can build more efficient chatbots. In fact, GPT-3 and similar frameworks are already prompting evolution in chatbot development services as never before.

Using GPT-3, chatbots can generate articles and stories given the right prompt. They can swiftly summarize long text, or answer customer queries, among many other things. Currently, access to the Generative Pre-trained Transformer-3 (GPT-3) platform is by invitation only. Nevertheless, software developers around the world powered all kinds of software applications with this AI framework. From a tool that creates startup ideas to an AI-scripted adventure game, GPT-3 is reaching everywhere.

Generative Pre-trained Transformer-3 (GPT-3), however, is not the only language model launched in 2020. Big Tech players Microsoft, Google, and Facebook launched their own models. But only Generative Pre-trained Transformer-3 (GPT-3) emerged as the successful one. Its seemingly unique set of capabilities is credited for the language’s popularity.  It can write fan fiction, philosophical polemics, and even code.

GPT-3 users flooded social media last year, prompting the question of whether it was the first artificial general intelligence. Experts say it is not. GPT-3 doesn’t do anything groundbreakingly new. Instead, it just ramps up the size of neural networks such languages use.

GPT-3 has 175 billion parameters. These are values in a neural network that get adjusted during the training process. Whereas GPT-2, its predecessor, used just 1.5 billion. Chatbot development and AI training before GPT-2 used the deep learning-based method. It comprises two passes. First, it was trained on general-purpose data and then on a smaller set of specific tasks. That changed dramatically with the advent of Generative Pre-trained Transformer-3 (GPT-3).

One of the most common worries about the rise of text-generating AI systems concerns output quality. Like all other algorithms, text generators, too, can absorb and amplify unwanted biases. Besides, these systems at times behave disappointingly dumb. Besides, industry analysts also point to the risk of starting a company on open-source technology.

Additionally, GPT-3 also shares problems that have dogged AI for years. The enormous power requirement for GPT-3 has damaging environmental impacts. And the cost of GPT-3-based training means it will not be affordable for every business or research lab.

The precursor to a tech-driven future

According to the latest estimate from OpenAI, GPT-3 is generating 4.5 billion words a day. It indicates that GPT-3 is likely to become more mainstream in the future. As tech companies and enterprises, we need to prepare for a world where AI and other technologies will play more dominant roles.

At OrangeMantra, we blend enthusiasm about technology with our professional expertise. Over the past two decades, our digital transformation solutions and enterprise software have powered hundreds of businesses to get more tech-savvy. Reach out to us if you want to chalk out a digital tech-enabled strategy for your business.