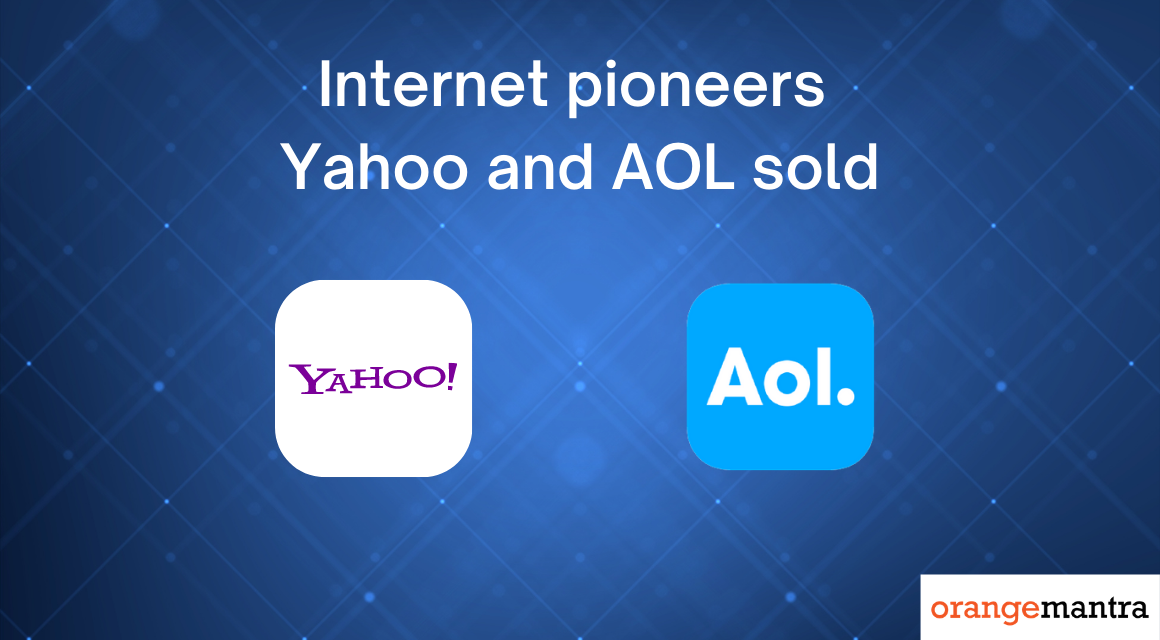 Verizon sold Yahoo and AOL to the private equity firm Apollo Global Management in a deal valued at $5 billion, The New York Times reported on May 3, 2021. Verizon Communications Inc., the telecom giant, will now focus on building its 5G network. As many of us know, Yahoo and AOL were kings of the early internet era. But their popularity – and revenue streams – started to decline with the rise of new digital transformation solutions in Silicon Valley.

Yahoo and AOL will now become the property of private equity. And Verizon Media, the business that housed the two brands, will be renamed Yahoo—without the stylized exclamation point. The company said the sale also includes its advertising business. Verizon will, however, retail a 10% stake in the newly formed media company.

“This is a typical Apollo deal in that these are very iconic, industry-leading, businesses, but they need a little tender loving care,” David Sambur, Apollo’s co-head of private equity, said in an interview.

2021 has been a busy year for Apollo Global Management, the private equity firm that bought Yahoo and AOL. With this new $5 billion deal, Apollo has already announced nearly $20 billion in deals this year. But the firm said it doesn’t want to be known as a distressed investor. Before acquiring Yahoo and AOL, the equity farm bought the crafts retailer Michaels.

Apollo has its eyes on Yahoo for a while now. The firm first considered buying the internet company in 2017 and reached out to Verizon about a potential deal. Analysts say under Apollo’s ownership, Yahoo could launch bolder moves. For instance, the internet pioneer could roll out more subscription services. Yahoo also has scopes for claiming a bigger share in the online betting industry via the site’s sports page.

Verizon’s long-term strategy to provide “network-as-a-service” to customers over fiber-optic and cellular connections made the media business a better fit under new owners, the company’s chief executive Hans Vestberg said.

Verizon acquired some of the top web-based brands starting in 2015. It started with the purchase of AOL and then the well-known acquisition of Yahoo in 2017. Tim Armstrong, AOL’s erstwhile chief executive, called the business a super-channel for advertisers. AOL at that time boasted an active user base of over a billion people.

Capitalizing on the digital media boom

With a pandemic-spurred demand for enterprise tech solutions, the deal offers Apollo new opportunities in the digital space. In fact, Apollo has already invested in digital media, with deals for the photo-printing business Shutterfly, the web hosting company Rackspace, and the Cox Media Group.

Yahoo and AOL still generate substantial digital media revenue. Verizon’s media business reported $1.9 billion in sales in the first quarter of 2021. Apollo wants to leverage Yahoo’s subscription model. Yahoo Finance already offers a premium service on top of free web offerings. Besides, if Yahoo Sports can take a bigger slice in the online betting industry, it could be a profitable business channel for Apollo.

Verizon Communications has prioritized its investments on the 5G network, the company’s chief executive said in an interview. And it’s not just Verizon. Other telecommunications companies, too, are reassessing their priorities.

With the commercial world increasingly relying on the internet, the searing demands for 5G connectivity are making these companies rethink their strategy. Businesses of all kinds and sizes are today embracing digital solutions at a pace seen never before. And these trends are likely to ring more bells in the telecom industry.

Pandemic or not, digital transformation has always been our core service. However, we cannot deny the remarkable impact of the global health crisis on the way we deliver services. In 2020, we digitally transformed more businesses than ever in any single year. With the commercial world forced to deal with lockdowns, small and large businesses alike had to move online. And our decades-long expertise enabled us to deliver digital solutions in record turnaround times. Reach out to us to revamp your digital strategy.