Why Google And Facebook Are Fighting with Media Companies 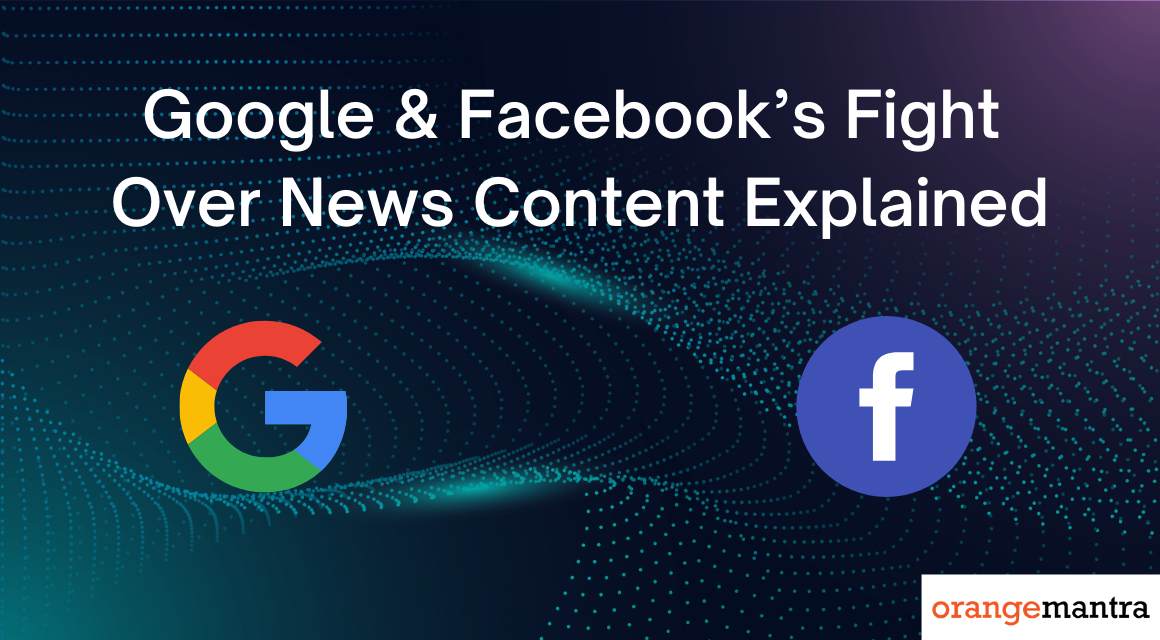 Facebook reached a deal with the Australian government to restore news. The decision comes after the social media giant removed news content from its platform in Australia. Google, too, threatened to shut down its service in the country. Later, both tech titans changed course, striking deals with Australian media houses, The Wall Street Journal reported. Many of you must be wondering why Google and Facebook are fighting over news content. And that’s what this blog post seeks to answer

The conflict in Australia represents a large picture now emerging worldwide. It’s a story of tech giants’ showdown with governments over policies and regulation. And it’s growing across the Atlantic — from India to the U.S. and beyond. Let’s delve deeper and find out the root cause.

In Australia, it all started when the government proposed to pass a law that would require tech companies to pay news organizations for links. In response, Google threatened to shut down its search engine in Australia. Facebook said it wouldn’t allow users to share news articles.

Australians were caught off guard last week when Facebook removed news from the social media platform. It further deepened the company’s conflict with the Australian government’s overpayment for news content. The move also blocked access to information such as the national weather service and some local health sites.

Why media companies want tech giants to pay for news?

Last week, Google reached an agreement with News Corp. Under the agreement, News Corp will provide journalism from its news sites in return for substantial payments. Media companies say that the business model of Google has changed dramatically over the past decade.

In Google’s early days, a search provided a list of links to publishers’ websites. That has changed. Today, Google itself tries to answer users’ queries. It does so by filling the top of its results page with images and often information extracted from publishers. Thus, making it less necessary for users to click through the link.

On Facebook, users can post comments about a news article just by reading the headline — without clicking the article link. That means users don’t have to visit the publisher’s page. But Facebook can monetize the news headlines by generating engagement.

Ads are the largest source of profit for both Google and Facebook. In fact, these companies have grown into ad behemoths by edging out rivals. In 2020, Google and Facebook earned $181.69 billion and $86 billion respectively in ad revenue. In stark contrast, the news industry’s ad revenue has plummeted over the years.

What governments are doing to address this?

Governments around the world have been updating their strategy to better regulate big tech companies like Google and Facebook. Lawmakers are increasingly focusing on balancing the power between tech platforms and news organizations.

The European Union, for instance, modified its copyright laws to benefit publishers. Now they can ask tech platforms to pay for using even snippets of their content. In the U.S., Congress has been proposing legislation to empower news organizations. The bill would give publishers the right to negotiate with Google and Facebook. And the trend has caught up with emerging economies as well. India’s government, for example, is gearing up to roll out stricter rules for tech platforms.

In July 2020, Australia unveiled a set of new rules that require digital platforms to negotiate with media companies for payment. Australia’s Prime Minister Scott Morrison had asked the country’s competition regulator to develop a code that would govern the relationship between news organizations and tech platforms.

This past week, Facebook decided to restore news content after the government agreed to make small changes to the legislation. The code forces tech companies to submit a binding arbitration if they fail to reach a payment deal. Tech experts see this as a test case for the rest of the world.

How OrangeMantra Helps the Media Industry

OrangeMantra relies on two-decade-long tech expertise to build deeply customized solutions for media companies. Whether you run a small digital news outlet or a big news corporation, we’re poised to serve you. From cloud ERP solutions to remote work management software, we have an extensive range of offerings. Follow our blogs and social media pages to stay abreast of the biggest happenings in digital tech.

Want to best use the power of digital tech for your business?