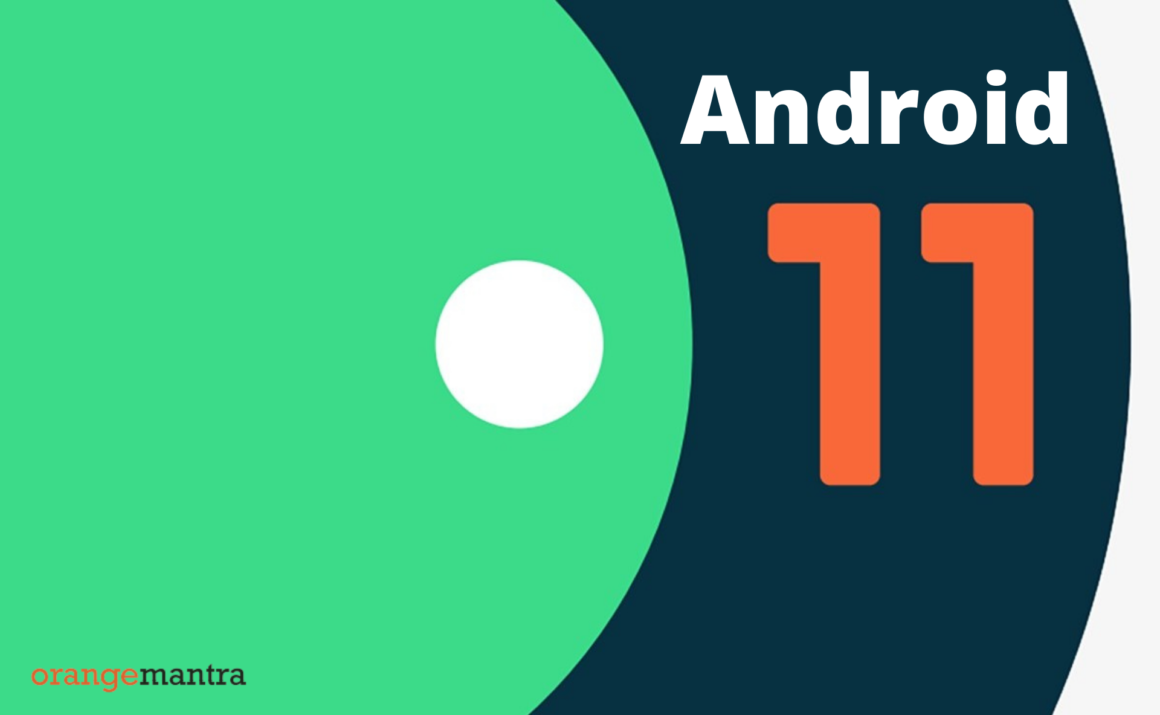 Google recently released the first developer preview for the next version of its mobile operating system, Android 11. This preview is available for Android developers to download and test. With this release, Google is making some bold promises. These include better support for 5G, stronger privacy, and new interfaces for messaging.

The developer preview (released on Feb 19, 2020) is the earliest preview ever. Usually, Android previews are not released until March. Google said that the preview is only for developers. It covers only the Pixel 2, 3, 3A, and 4 smartphones from Google. Developers can download the preview with a full flash that will wipe all data of the device. If you’re associated with an Android app development company, this is high time to test the preview. Beta testing for this version will be soon available to selected Android users.

Our Android experts thoroughly analyzed the preview and shortlisted the most interesting features of Android 11. From new screen types to better privacy features, we’ve got a lot to discuss. If you want to compare these features with the earlier version, you can read our analysis of Android 10 features.

Most Interesting Features of Android 11

Conversation Bubbles
Google calls it ‘a way to keep conversations in view and accessible while multi-tasking.’ Bubbles appear similar to Facebook’s chat heads. It’s a new messaging interface and enables you to participate in multiple conversations at the same time. This feature can be used by instant messaging and chat apps like WhatsApp.

Dedicated ‘Conversations’ Section
With this feature, users can easily find their ongoing conversations. This feature organizes new messages into their specific areas in the notification shade. The feature will create a dedicated space for messaging, helping users to cut the clutter and talk to people.

New Screen Types
Google has extended support for an array of new screen types for Android devices. This update aims to encourage smartphone makers to continue their innovation and bring new screens to the market. Screen types supported in Android 11 include pinhole and waterfall screens. These screen types enable smartphone makers to manage app screens using the existing API. With this new feature Android app development services are likely to get even more competitive in terms of user engagement.

Better Privacy
Privacy has been a big concern among smartphone users. This has prompted governments and regulators worldwide to bolster their privacy laws. For example, the European Union introduced GDPR to ensure data privacy. Google seemed to have considered these developments for its upcoming version of the mobile operating system. The Android app development process will now have to be more meticulous in terms of data privacy.

Android 11 will introduce a new one-time permission feature. This enables users to give temporary permission to an app for information like location, camera, and mic. The new version of the OS is also compatible with biometric data. Additionally, Android 11 adds platform support for storing and retrieving verifiable identification documents.

Native Screen Recording
After introducing a beta version of screen recording in Android 10, Google has now planned to launch a full-blown screen recording feature. With this functionality, users can easily record the screen.

Increased Touch Sensitivity
This feature is especially important for smartphone users who always keep a screen protector. Android 11 adds an “increase touch sensitivity” option to the settings menu. This will ensure that you have fewer missed taps and scrolls even with a thick screen protector.

Parting Words
We should remember that this is an unusually early preview of Android version 11. And we’ve discussed just the most prominent features of the operating system. More features are likely to be added before Android 11 is finally launched later this year. We’ll update you whenever something new is announced. If you’re planning to hire mobile app developers, discuss these features with them before starting the project.

Q. What phones will get Android 11?

The smartphones that are expected to receive Android 11 update include:

Q. What is Android native development?

Android native app development is based on a Native Development Kit. It’s a tool that allows you to program in C/C++ for Android devices. The tool integrates with the SDK and used only for performance-critical portions of an app development project.

Q. What programming language is used for Android Apps?

The official languages for Android development are Java and Kotlin. Major parts of Android apps are written in Java. Its APIs are designed to be called primarily from Java. However, it’s possible to develop C and C++ app using the Android Native Development Kit (NDK).

Q. How long does it take to develop an Android app?

The development time for an Android app depends on what kind of solution you’re looking for. There’s no predefined time to develop an app. With a highly experienced team, we, at OrangeMantra, assure timely delivery of every solution.

Want to develop an Android app with the latest features?