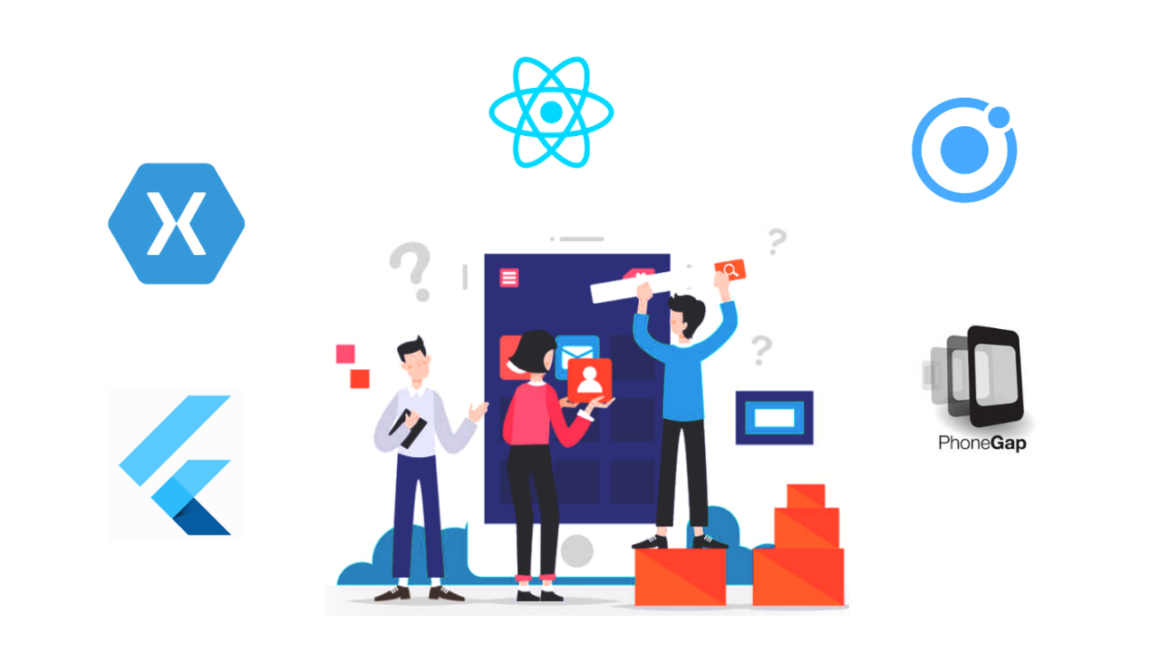 Mobile apps are, without any doubt, a necessity for businesses today as it is practically impossible to survive without targeting this particular segment of the customers. And it is not just about reaching out across one platform, rather you need to be omnipresent. Android and iOS, in particular, are the most significant mobile platforms. The sheer volume of apps on the App Store and Play Store is enough to emphasize the importance of having apps for both platforms. Budgeting, however, is usually an issue that can challenge the businesses that want to have native apps. This is the reason for the growing popularity of cross-platform app development as it has your business covered for both Android and iOS. Before discovering the myriad benefits of these app solutions, you need to know everything about them. Let us clear some important facts in this context.

What is the difference between native and cross-platform app development?

There is a constant debate related to the choice between native and cross-platform, even though the latter sounds much better from the cost and timeline perspective. Obviously, you will save on both if you are able to develop apps for two platforms while coding only once. Native app development sets aside the complexity of developing a sustainable solution which covers multiple platforms and rather focuses on creating a competent design which is tailored to the target platform, namely,
Android, iOS, etc. With the cross-platform approach, on the other hand, the objective is to generate an app that connects with the maximum number of followers and covers a wide number of devices.

What are the benefits of cross-platform apps?

The benefits of cross-platform apps are immense because they give you wider coverage with a single solution. Rather than having to opt for iOS and Android app development separately, you can have a single app that gives you outreach across both the platforms. These are listed in detail:

What is the Cross-App Platform Framework?

Now that you know the definitive advantages of cross-platform apps, you would consider gathering facts about cross-platform app frameworks. As the name suggests, these are the development frameworks that allow developers to create mobile apps compatible with multiple operating systems, typically, iOS and Android. By using these frameworks, they need to write the code only once and they can run it anywhere, for other platforms as well. As a result, they are able to release an app faster, even
while being sure about its quality.

Which are the best cross-platform app development frameworks?

There are several options in cross-platform app frameworks, each having their pros and cons that make them relevant for the specific requirements.

React Native was launched by Facebook in 2015 and this gives it a trusted reputation. Within a short span of time, the framework has emerged one of the favorites.

An open-source framework, Xamarin was tailored to address the problem of disjointed native tech stacks, which made app development challenging and expensive. It was launched in 2011 as an independent framework but was later taken over by Microsoft in 2016.

Google’s Flutter is an acclaimed open-source cross-platform framework that renders native interfaces for Android and iOS platforms. It is relatively recent as the first version came in December 2018 while Flutter 1.7, its stable build was released in May 2019.

Another open-source cross-platform app framework, Ionic is quite similar to AngularJS in terms of structure and design. Further, it inherits some design elements from Android and iOS. It enables the creation of native-like hybrid apps and progressive web apps.

Previously known as Apache Cordova, PhoneGap is another cross-platform with an extensive fan following. It is owned by Adobe and leverages HTML5, CSS, and JavaScript.

Cross-platform solutions are a smart choice for businesses that want platform-wide coverage with apps that are cost-effective and faster-to-market. The idea is to choose the right development framework and collaborating with the right development partner can make all the difference in this context. OrangeMantra is a leading mobile app development company that specializes in apps for Android and iOS platforms and cross-platform app development as well. Our experts not only create the best apps according to your needs but also offer strategic advice on the best solutions for your business. You can connect with us to hire mobile app developers for your project and get started.

Want to empower your business with a feature-rich cross platform app?