What Makes Flutter Ideal For Mobile App Development In 2020 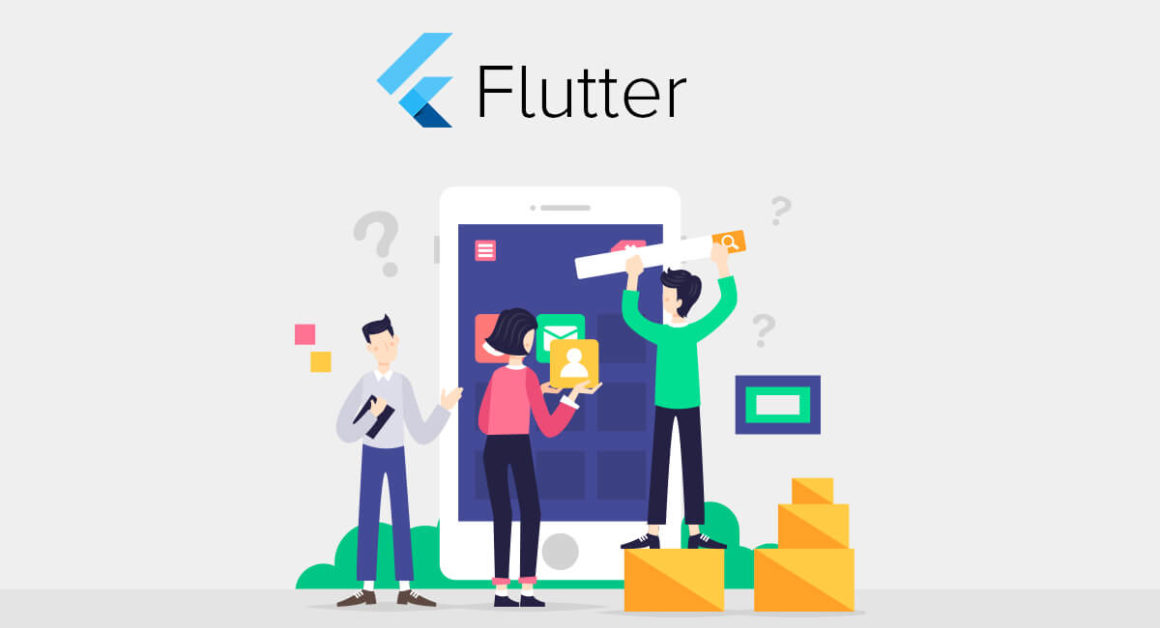 The release of Flutter came a couple of years ago but this amazing cross-platform app development toolkit by Google has come a long way since then. This powerful and feature-rich mobile UI framework that helps to develop Android and iOS apps with a single codebase, making it a smart choice for businesses wanting to invest in mobile apps. More than anything else, businesses, as well as developers, have realized that Flutter apps are here to stay. Before moving ahead with the impact of the framework in the coming time, there are a few questions that need to be answered so that you can understand its relevance. Here are some facts that you need to know.

What exactly is Flutter?

Flutter is Google’s open-source technology that enables the use of a single codebase for the creation of native Android and iOS apps. Rather than being a framework, it is a complete SDK(software development kit) that contains everything you require for cross-platform mobile app development. This includes a rendering engine, command-line tools, ready-made widgets, and testing and integration APIs. Essentially, Flutter follows a reactive development architecture, where the UI contents are updated automatically when the variables in the code are updated.

React Native follows this principle as well, but it leverages JavaScript bridge for accessing OEM widgets. This can cause performance issues that Flutter eliminates completely by omitting this bridge altogether and communicating with the native platform using Dart. This is an object-oriented language that can be used for compiling into native code without the need for additional bridges. With this, the app startup time speeds up considerably.

What are the key features of Flutter that make it stand apart?

Now that you know what Flutter is, the next obvious questions would relate to the features that make it a commendable choice for app development.

Here is a list of advanced features that this amazing SDK offers:

What are the benefits of using Flutter for app development?

These amazing features of Flutter definitely make it a smart choice for developers. But what really matters is the benefits it offers from the business perspective. Let us highlight the ones that make it an apt choice for businesses.

Single code for two platforms: When you are looking for Android and iOS app development, Flutter has you covered with its cross-platform capabilities. The SDK is not dependent on the platform as it has its own designs and widgets. This means that the same app runs on both platforms.

Faster code writing: For developers, Flutter means presents the opportunity for faster and more dynamic app development. It is as simple as changing the code and seeing them right away in the app, with a feature called Hot reload. It allows developers to add new features and fix bugs, all in a matter of a few seconds.

Faster apps: Another benefit of Flutter is that the apps based on this SDK excel in terms of performance. They work with incredible speed and seamlessness, without hanging and cutting during scroll.

Exceptional designs: Flutter is tailored to ease the process of creating your own widgets or customizing the existing widgets as a part of the design and development process. Hence, developers can come up with the most exceptional app designs with lesser work.

Same UI on older devices: Flutter is capable of running on the latest versions of Android and iOS platforms (Android Jelly Bean and iOS and newer, respectively). At the same time, your app will appear the same, even in the older versions and you need not incur additional cost to support older devices.

Perfect for MVP: Whether you are a startup that needs an MVP (Minimum Viable Product) or just needs one to show it to the prospective investors, Flutter is a framework you can trust. It supports the MVP approach and enables the development of an app with minimal cost and minimal time.

What can you expect from Flutter in 2020 and beyond?

The use of Flutter became commonplace after Google announced the availability of its new stable build, Flutter 1.7 in May 2019. The ever-increasing rate of adoption of the framework is the result of the incredible features and benefits it offers. Further, the continuous efforts of the community for polishing the framework are going to take it ahead in 2020 and beyond. It does not have limitations like native platforms and it supports the integration of the native codebase as well. Undoubtedly, the future looks bright for the SDK in the New Year and ahead.

Taking things further, you would actually want to know how Flutter is actually going to evolve in the coming time. Let us take a sneak peek into what lies ahead for the SDK.

Flutter for web apps: The Flutter community is working towards a project called “Hummingbird”. If things pan out as expected, there will be a single codebase for iOS and Android app development, but this will also suffice the web app development needs of a business. After the first technical preview of Hummingbird was announced, Flutter has gained significant attention from web developers along with that of mobile app developers.

Flutter for Desktop Apps: Likewise, the Flutter community is looking at the potential of this SDK beyond mobile apps as well. In fact, work is in progress for making Flutter applications compatible with desktop as well. This will enable developers to create applications for Linux, Windows, and macOS in the coming time.

Flutter for Embedded: Another development that is lined up for the framework in 2020 and beyond relates to apps for embedded technology. You can expect to see the advanced IoT technology being embedded with the Flutter platform in the future.

It becomes clear that there is a lot on the horizon for the Flutter framework and its popularity is all set to reach the pinnacle in the coming year. Flutter requires fewer efforts, lesser time, and smaller investments for app development. If you are planning to hire mobile app developers for creating a new solution for your business, looking for those who excel in Flutter definitely makes sense. At OrangeMantra, we specialize in this development platform, which makes us capable of delivering top-notch apps for Android and iOS platforms with just one codebase. Connect with us and we can get started with your project.

Looking for Flutter app development to empower your business with quality apps at lesser cost?