Android 10 Is Here: Everything That You Need To Know About The New Version 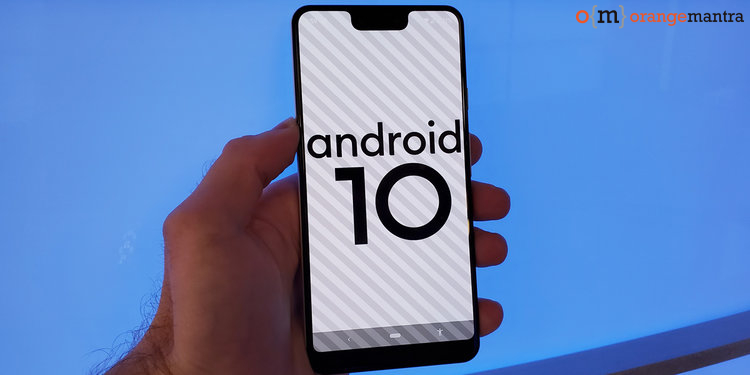 The hottest news on Google’s circle is the release of Android 10, a new version which has some amazing facts and features associated with it. For the first time in the platform’s history, a version is not named after a delicious dessert. After Marshmallow, Nougat, Oreo, and Pie, Android 10 comes as an unexpected name for the update. Another first-time fact about the version is that it is compatible with more than just a few Google smartphones. Beyond these fun facts, developers and businesses alike will be interested in knowing more about the offerings it has in store for the users. If you are planning to avail Android application development services for your business, you will probably want to know about the features that the latest version offers. Here is a list for you.

After waiting for years, a system-wide dark mode is finally here with Android 10. A Quick Settings toggle is available to turn the dark theme on and off at any time. What’s more, it comes with an API that developers may use to implement dark theme for their apps. You can expect most Google apps adhere to Android 10’s dark mode in the future. Most of the users would want the mode because of the aesthetic reasons though it can also prolong the battery life (as only the pixels which are not black use it).

Android 10 offers an all-new gesture navigation system which brings together the best of the ones used in iPhone X, XS and XR and Huawei and OnePlus. A new thin gesture bar is located at the bottom of the screen. You need to swipe it up to go home, up and hold to show the recently used apps, and left or right to switch directly between the last-used apps. The back button is now replaced by a swipe from left or right of the lower part of the screen. With the fast and smooth swipe gestures, using large-screen phones will be much easier.

A feature that makes Android 10 enticing for every user, business, and Android app development company alike is the availability of smart replies for more apps. As the name suggests, the feature makes use of machine learning to give one-tap replies right from the notification area. Also, it can open the relevant app for things such as a URL, address, or video straight from the messaging app without the need to copy and paste anything.

The Live Caption feature will now automatically caption audio messages, videos, and podcasts across the apps, even the stuff that the user records on the device. The best part is that these are real-time captions and are made locally on-device, even without the need for an internet connection. The feature can be easily turned on through the accessibility settings of Android 10, making it easy to access and use.

The Share menu of Android has also been improved now. In the earlier version, it was slow to open but the new release addresses the concern to a considerable extent. Google claims that the share UI now loads instantly when it is launched because the shortcuts are published in advance. Further, Android 10 comes with a feature called Sharing Shortcuts, a feature that enables Android app developers to come up with an option to share files and photos much faster than before.

Another outstanding feature that Android 10 brings is stronger privacy controls. Users will now have more control over the data shared with apps on their devices, making the privacy comparable with that of iOS. Furthermore, the new version brings an array of controls such as enabling the user to share their location information with an app only when using it. It also gives a reminder that an app not being used is accessing the user’s location so that they can stop it, if needed.

Beyond stronger privacy controls, Android 10 also beefs up the parental controls. This is done with the Family Link feature, which will be a part of the Digital Wellbeing settings app on the version. The feature will enable parents to set up a new device for children and link it to their own account. Additionally, they will even be able to control the screen time limits, app installs, and even track their child’s usage. What’s more, it will be possible to set things such as a defined bedtime when the device will shut off.

Another outstanding feature of Android 10 that makes the version exciting for every user and mobile app developer India and abroad is the new theming options. With this version, Google offers several new themes that enable users to customize the look of their devices. There is an all new Theming section that enables changes in the phone’s accent colors. The iconic Pixel blue is the device default, though users have the options of hues such as black, purple, green, cinnamon, orchid and space.

Google has been making consistent efforts to improve the state of Android security updates. These were earlier delivered once a month but now most of the devices get at least bi-monthly updates. In the Android 10 version, there is a new system which allows Google to deliver the crucial security updates straight from the Play store. That means that they need not wait for the device manufacturer to release a system update to ensure that their data is protected.

Since foldable phones are going to take over the market in the coming time, developers and businesses obviously want supporting platforms and this is exactly what they will get with Android 10. Google has optimized the version with foldable-specific experiences and features. The changes made in onResume, onPause and resizeableActivity are mainly concerned with optimizing the version for foldable phones of all shapes and sizes.

There is much more that Android 10 brings, including an amazing enterprise feature which enables the use of different keyboards for the user’s personal and work profiles. Further, it packs innovative ones such as app timers for specific websites to empower users to balance their time on the web, support for audio streaming to hearing aid devices, and gender-inclusive emojis. With so much lined up with this new release, businesses would obviously want to build Android apps that are compatible with them.

The best approach would be to hire mobile app developer with expertise in the Android platform and a flair for innovation. These professionals ensure that your business app has the potential to take advantage of this latest version. OrangeMantra is a name you can trust for delivering top-notch mobile app development services for both Android and iOS platforms. Share your requirements with us and we will create an Android app that is compatible with the latest version of the platform.